Artificial Intelligence, or A.I., refers to machines with intelligent properties, such as reasoning, planning and learning. The term was introduced in 1956 by John McCarthy, a leader in the field, who along with others helped shape Artificial Intelligence as a separate branch of Computer Science. Although the term was introduced in the mid 50’s research has been on going since the second world war, with mathematicians such as Alan Turing advancing the field of statistical analysis using electronic computers. 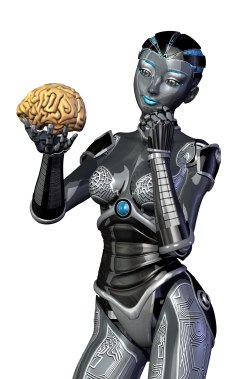 A good example of why Artificial Intelligence is so useful is for face recognition. Let’s say you wanted to identify a person based on an image of their face, you could simply compare the image with a database of face images, which you have already identified the person’s face in each image, and try and find a match. However, with this approach your image and the image in the database would need to match exactly. Therefore, if the image of the face was taken from a different angle or in a different lighting condition, your image and the database image would no longer match and you would be unable to identify the person.

In these situations many different A.I. techniques can be used, for example an Artificial Neural Network (ANN) can be ‘trained’ to recognise and identify objects from images that are not contained in its database. This is achieved by showing the Neural Network a number of images of each face from different angles and in different light conditions.

In this way it is possible for the Neural Network to create an average image of the face, which can be used in later comparisons to find the closest match. This kind of technology can be found in airports and other secure locations where it is used to identify individuals in order to prove who they are. As with most A.I. technologies, face recognition is not able to guarantee an exact match all the time, therefore the terms false reject rate (FRR) and false accept rate (FAR) are often used to describe the number of mistakes a face recognition system makes.

Maze solving robots are another good application for Artificial Intelligence, these robots are designed to move around a maze and find the quickest route to the centre. Techniques such as Reinforcement learning can be used to ‘reward’ the robot based on how well it performed its task. In this way it is possible for the robot to gradually learn how to complete a task in the best way, in order to receive the highest reward.

Please click on one of the following to read more about that subject: 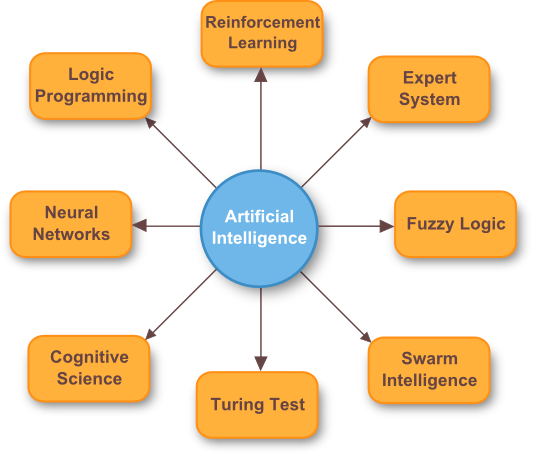 Artificial intelligence is a huge subject encomposing many areas of research. To make it easier for you to learn about these different areas, we have provided the diagram above. Simply click on one of the sections to read more about that subject.