RobotCub is an Integrated Project funded by European Commission through its Cognitive Systems and Robotics Unit (E5) under the Information Society Technologies component of the Sixth Framework Programme (FP6). The project was launched on the 1st of September 2004 and will run for a total of 60 months. The consortium is composed of 10 European research centres and is complemented by three research centres in the USA and three in Japan, all specialists in robotics, neuroscience, and developmental psychology. The project is led by the University of Genoa in the persons of Prof. Giulio Sandini, Research Director at the Italian Institute of Technology (IIT) and professor at the Dipartimento di Informatica, Sistemistica e Telematica, Prof. Giorgio Metta (with specific responsibility for the robotic platform), and Prof. David Vernon (with specific responsibility for the cognitive architecture). The total funding for the project is €8.5 million. 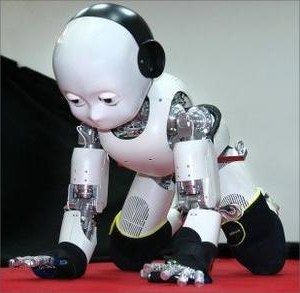 The iCub, ‘Cub’ standing for Cognitive Universal Body, is a 53 degree-of-freedom humanoid robot of the same size as a three and a half year-old child. It can crawl on all fours and sit up. Its hands allow dexterous manipulation and its head and eyes are fully articulated. It has visual, vestibular, auditory, and haptic sensory capabilities.

The iCub is an open systems platform. Users and developers in all disciplines, from psychology, through cognitive neuroscience, to developmental robotics, can use it and customize it freely under a GPL license. It is intended to become the research platform of choice, so that people can exploit it quickly and easily, share results, and benefit from the work of other users. It is believed that this will lead to significantly greater community-wide progress in embodied cognition research.

The iCub will develop its cognitive capabilities in the same way as a child, progressively learning about its own bodily skills, now to interact with the world, and eventually how to communicate with other individuals.

Apart from the scientific aspects of the project, there is also an important component devoted to the support of the open nature of the iCub by supporting an international Research and Training Site (RTS). In addition to updating iCub designs, it maintains at least three complete iCubs to allow scientists from around the world to use it for experimental research before committing to building their own iCub. The RTS will also provide a programme of training courses for scientists and students on building, using, and developing the iCub. The RTS is located in the premises of the Italian Institute of Technology (IIT) in Genoa, which has recently joined the project.

The following is a summary of the iCub specification. A full guide to the iCub and its capabilities can be found here. 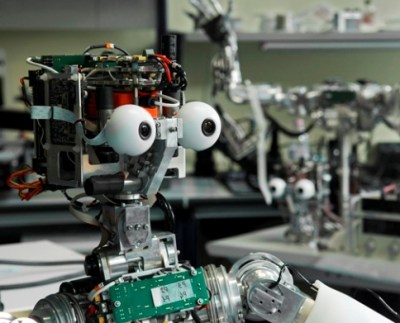 To help researchers get their own iCub, the RobotCub project has launched a call for proposals to exploit the iCub in research projects in September 2007. Seven successful proposers were selected and will receive a complete iCub free-of-charge and follow-up support to help them get started in using the iCub. Approximately €2,000,000 has been reserved for these activities in the RobotCub budget.

Proposals have been evaluated using several criteria including the scientific profile of the applicants, the innovative use of the iCub (i.e. impact on cognitive systems research), the technical feasibility of the project, the collaboration with other research groups (to create a multiplier effect for iCub usage) and the contribution to the portfolio of iCub software capabilities.

More recently, several other projects joined the RobotCub initiative and the Italian Institute of Technology has been able to help in the construction of more robots. These robots will be in Bielefeld (Univ. of Bielefeld), Plymouth (Univ. of Plymouth), Rome (CNR), and Hatfield (Univ. of Hertfordshire). During 2009, more robots will be constructed for the University of Bielefeld, Karlsruhe, the CNR in Rome, the University of Aberystwyth and IDSIA in Lugano.

At the moment of writing eight robots have been delivered and are in use by other institutions in Europe and the total count will reach 20 at the end of 2009. 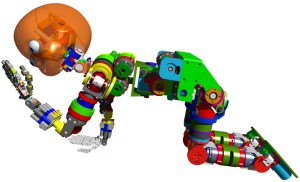 The RobotCub consortium is a multidisciplinary group of leading laboratories from across the globe. The commonality between the groups is their interest in understanding and replicating human cognitive processes. These groups bring specific expertise in humanoid technologies (Genoa, Pisa, Lausanne, Zurich, Sheffield, Lisbon, Cambridge, Tokyo and Kyoto), in developmental psychology (Uppsala), Neuroscience (Ferrara), and human-humanoid interaction and social behaviour (Hertfordshire). The synergy between these centres and the Italian Institute of Technology (IIT), a new partner of RobotCub, will contribute even further to establishing the IIT as an international reference centre on humanoid robotics. In this respect, RobotCub continues the long-established tradition of the local academia on cybernetics, biophysics, bioengineering, anthropomorphic robotics, computational neuroscience. In the panorama of the Italian academia, Genoa represents, for these scientific topics, an important reference point with possibly the oldest tradition in studying bio-inspired artificial systems and neuroscience-based technological development. 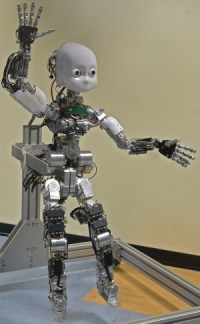 Local industry is also active in both robotics-related and information technology activities.

RobotCub was designed and built by relying on specific industrial skills for quality of the documentation, optimization and organization of the production of several copies of the robot. This activity was mainly carried out in Genoa with one of the partners (Telerobot) and by contracting specific skills in areas like electronic design, miniaturization, testing, materials, etc.

In particular, Telerobot, a full partner of the project, takes care of the integration of the platform including the design and realization of several critical components, the general design of the mechanical structure of the robot and the production of industry-level documentation material. The electronics of the robot has been also developed in collaboration with a local SME.

Further, the “Robotics Industrial Pole” (Polo della Robotica), a recently established association collecting and fostering the industrial and academic competencies in robotics within the region, and the soon to be established technological district on “Intelligent Integrated Systems”, are just two examples of the energy and interest of the Liguria region in investing in next-generation robotics activities. We see this as an essential background to attract even more industries in the future around these academic and industrial poles. 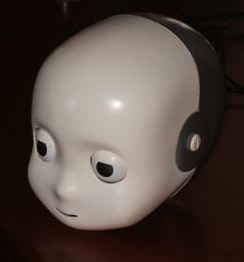 Until recently, the study of cognition and the neurophysiological basis of human behaviour was the subject of quite separate disciplines such as psychology, neurophysiology, cognitive science, computer science, and philosophy, among others. Mental processes were mainly studied in the framework of abstract theories, mathematical models, and disembodied artificial intelligence. It has now become clear that mental processes are strongly entwined with the physical structure of the body and its interaction with the environment. Intelligence and mental processes are deeply influenced by the structure of the body, by motor abilities and especially skilful manipulation, by the elastic properties of the muscles, and the morphology of the retina and the sensory system. The physical body and action together play as much of a role in cognition as do neural processes. Human intelligence develops through interaction with objects in the environment and it is shaped profoundly by the interactions with other human beings.

These concepts are now altering in a fundamental way the interaction between fields such as neuroscience, information science, psychology, and robotics which before had been worked in isolation but are now learning from each other and together are building a new interdisciplinary science.

As such, the study of cognition and intelligence is more and more dependent on the use of physical bodies, and, ultimately, on the use of humanoid robots. Humanoids are essential tools in the study of human intelligence: since cognition and the development of cognitive skills are a function of both neural and physical activity, it is important to simulate human action when investigating the components of intelligence (learning, adaptation, anticipation, reasoning, memory, communication, and language).

This new interdisciplinary agenda works both ways. Emerging theories of artificial cognitive systems are deeply influenced by current knowledge in neuroscience and psychology, but, in turn, these scientific and technological developments are having an increasingly important impact on progress in developmental psychology and cognitive neuroscience where they can be used to formulate and test new hypotheses on cognitive function in humans. The RobotCub humanoid platform represents an important opportunity to move this research agenda forward: through open collaboration, on the common theme of embodied cognition, enabled by a shared humanoid platform, and supported an institute capable of delivering on this vision in the long run.

This article has been adapted from the April 2009 RobotCub Consortium press release (‘www.robotcub.org/index.php/robotcub/content/download/111/418/file/AboutRobotCub_2009.pdf’)